While some anger is productive and beneficial, other angers are red-hot, insidious and corrosive to mind, spirit, and body. Thunder ‘n Writening is a  series of writing exercises to externalize, explore, and exorcise anger, working towards one of the most difficult spiritual challenges — forgiveness.

EXERCISES to CREATE YOUR OWN THUNDER N’ WRITENING

1. Part I. See William Carlos Williams’ famous poem, “This Is Just to Say” which is an apology for taking the plums that “you were probably saving for breakfast.” It ends with, “Forgive me. They were so sweet and so cold.”

The writer doesn’t sound real regretful, does he? For complete poem, see http://americanpoems.com/poets/Williams/1047

Write your own apology poem- or a letter to someone asking for forgiveness. If you feel you don’t owe anyone an apology, but would like to receive an apology, write an apology letter from the offending party to you!

Part II: See Kenneth Koch’s response poem to William Carlos Williams’ poem.   It is a parody filled with dry  humor. Write your own exaggerated and hostile couplets. Don’t hold back!

This is a great poem for writing and group discussion.

3. Write about your anger as though you were the other person in the confrontation.

4. Dialogue with Anger, as though it were a person; find out what Anger can tell you in script form.

5. Revisit an annoying or upsetting angry encounter that is on your mind. Set aside at least 30 minutes to do this — best done when your anger gremlin actually acts up.
a-Write for 5 minutes- actual dialogue between the two people. Set timer.
b-Write (5-10 minutes) Inner Monologue of each person as you re-read what was said. The inner monologue  is not what is said, but is what you are really thinking, and imagining the other person might be  thinking.
c- Write (5 minutes) Zoom in with a close up camera to a physical feature on the other person. Write in detail. Now focus in as though you were observing a physical feature of your own self.
d- Write (2 minutes) about what you are feeling in your body at this moment of anger or upset?
e- Write  (2-4 minutes) What  about this situation upset you the most?
f-  Write (5 minutes) Zoom Out –  If someone were able to observe this scene as if looking from a hallway or  through the glass of a window, what is the picture they would see?
6. Write a concrete poem about anger.

Doodle it with markers. See The Annihilation Poem for inspiration.

“Madam Zilensky and the King of Finland” by Carson McCullers

“Good Night, Willie Lee, I’ll see you in the morning” 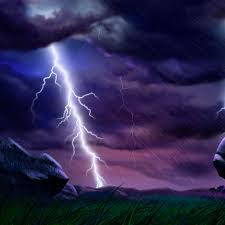